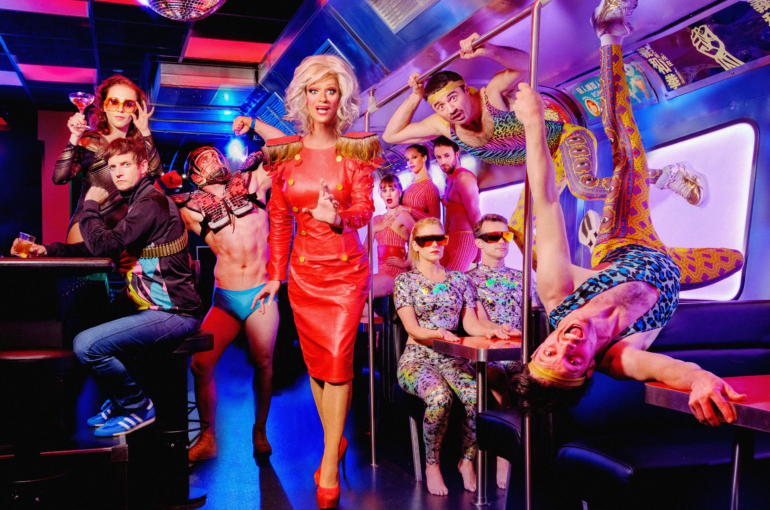 We’re delighted that PopBaby co-director Jenny Jennings and associate designer Niall Sweeney of Pony Ltd. have been announced as part of the line up at the Offset Dublin Conference in April 2020.

Jenny and Niall’s talk will reflect on their lengthy collaboration, exploring how Niall’s cross-disciplinary approach to design has been key to THISISPOPBABY’S continued success.

Over the past twelve years we’ve created events that stand at the centre of pop, queer and counter cultures. Our style is distinct and eccentric, the team have designed and produced theatre shows and festival sets for more than 250,000 people, on stages all around the world.

Niall, has worked with THISISPOPBABY for the last decade on many shows including the international smash hit RIOT . As you may have heard us mention before, RIOT was described as a “disorderly cocktail of wild theatre and eye-popping circus”! RIOT broke box office records and won Best Production at when it premiered Dublin Fringe Festival in 2016 and then embarked on a internationally acclaimed world tour.

Further details and tickets can be found here. See you there!