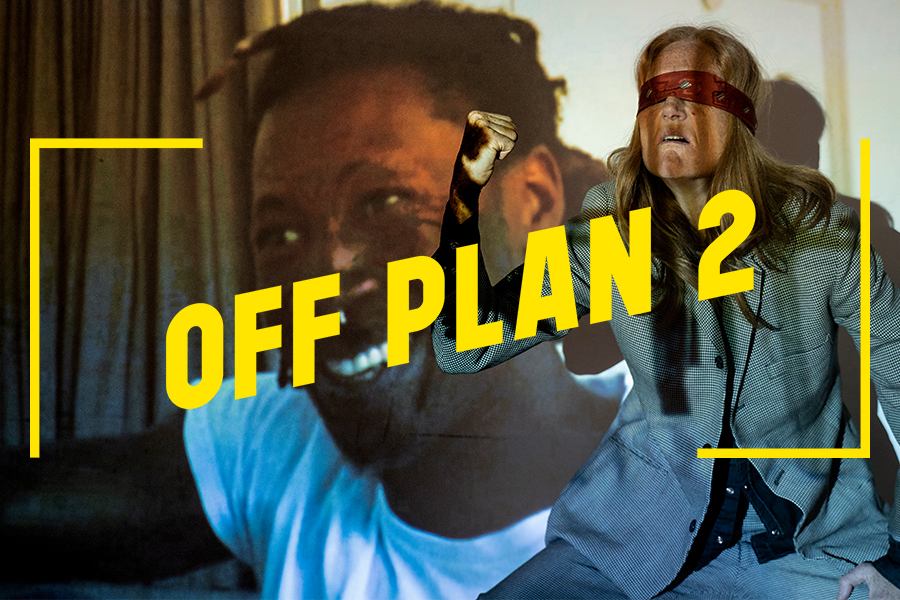 Off Plan is a red-hot artistic response around community-making in Ireland today. In a series of work-in-progress double bills, we get a first look at sparks of incendiary ideas around the changing city, gender, migration, direct provision and aging.

Last summer, Fede and his 74-year-old mother set off on a quest through Havana to look for America. Shared memories, conflicting recollections and offline maps led them through their past. A past peopled with ghosts scattered among grand avenues, dark lanes and unnerving dead ends in the city that had taken them in, more than 30 years before. They spoke to shop-keepers, taxi drivers, old ladies and more importantly to each other. When they were about to give up, they found her.

Following his Father’s arrest by a Military Junta, at the age of five, Fede and his family were forced to flee the Salvadoran Civil war. There followed years of continuous moving throughout Latin America with his mother and brother as they sought sanctuary.

Looking for America charts two journeys. The journey of that night in Havana looking for a Salvadoran ex-Guerilla fighter called America, and the journey of escaping the catastrophe that had engulfed his country decades before. A catastrophe whose after effects still resonate today.

Following on from their successful Irish premiere at Cork Midsummer Festival 2019, and Dublin Fringe 2019 for which Nicholas was nominated as Best Performer, Tara Brandel (52-year-old queer choreographer, pole dancer and contemporary dancer from West Cork) and Nicholas Nwosu (28 year old street dancer extraordinaire from Nigeria) join forces again. Juxtaposing their very diverse experiences, skills and ages, Nicholas and Tara play with being off balance —  using it as a metaphor for instability and change in a shifting world.

This is the very early stage of development of a new Croí Glan production. Croí Glan is supported by an Arts Council Arts Grant.

In partnership with Cork Midsummer Festival.