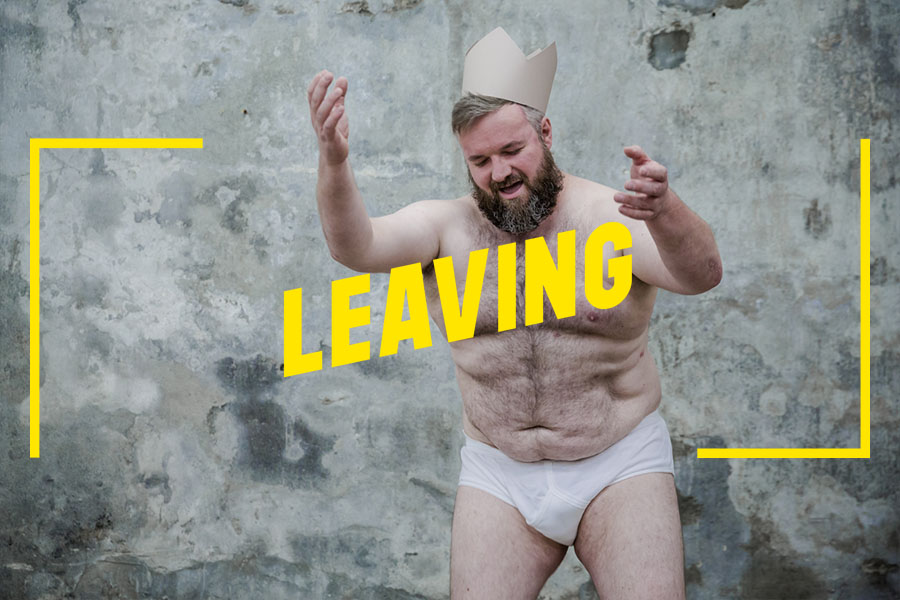 In 2017, acclaimed theatre director Wayne Jordan left Dublin and directing behind and moved to Prague.

Dublin was a city that was trying to buck him off like a bull at a rodeo, a beast gone wild, shoving and kicking and biting at him until finally he let go of her tail and then something began. Something that will return with him. Home.

He became a student at a puppet school and started to make his own performances with his body and objects. And later with new friends.

Leaving is a diary of that time in Prague, transformed into performance.

A reflection, a travel journal, an exhibition of scars and possibilities…

A way of being together.

Created by Wayne Jordan with original music by Alma Kelliher.

**’Leaving’ is an inclusive performance that may involve participatory elements. The audience may be invited to move around, perform tasks, engage with performers and objects. The aim is to be gentle together.