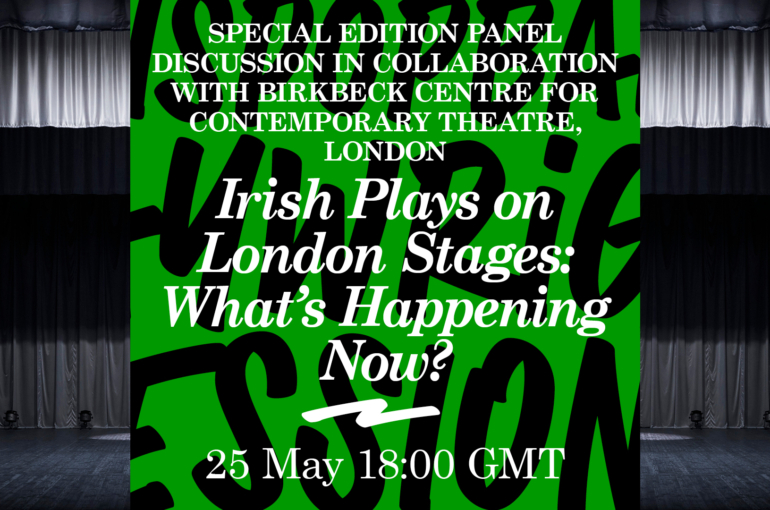 We’re delighted to announce a special edition Playwright Session which will be free and open to the public, and will take place on Wednesday 25th May in collaboration with Birkbeck Centre for Contemporary Theatre, London, and will discuss the topic of Irish Plays on London Stages: What’s Happening Now? Chaired by by Fintan Walsh, Professor of Theatre and Performance (Birkbeck), speakers include Graham Whybrow, Rachel O’Riordan, Gillian Greer and Nancy Harris.

The Session will take place over Zoom at 6pm GMT on Wednesday 25 May and will finish at 7.30pm GMT. Register HERE.

Graham Wybrow
Graham Whybrow works internationally advising theatres, playwrights, directors and other theatremakers. He was literary manager of the Royal Court Theatre from 1994–2007. He is a consultant on developing arts policies for producing new plays and for fostering the artistic development of talented playwrights and theatre directors.

Rachel O’Riordan
Rachel O’Riordan is Artistic Director and CEO of the Lyric Hammersmith Theatre where she launched her critically acclaimed debut season in Autumn 2019 with a triumphant adaptation of A Doll’s House by Tanika Gupta. She is currently directing Martin McDonagh’s The Beauty Queen of Leenane, and earlier this summer co-directed the Lyric’s reopening production Out West. Previously, Rachel was Artistic Director and CEO of Sherman Theatre, Wales from 2014 and transformed the venue, winning The Stage’s prestigious Regional Theatre of the Year Award in 2018. Directing credits include the Olivier award-winning Killology and Iphigenia in Splott. She was Artistic Director of Perth Theatre, Scotland between 2011 and 2014 and won The Critics Award for Theatre in Scotland for Best Director and Best Ensemble for Macbeth. From 2002 to 2011, Rachel co-founded and ran Ransom Productions in Northern Ireland. She has been named as one of the most influential people in UK Theatre in the Stage 100. Published work includes Women in Irish Theatre.

Gillian Greer
Gillian Greer is a playwright and dramaturg from Dublin. Her plays include Meat (Theatre503, London, 2020; a finalist in the 2018 International Playwriting Award); and Petals (nominated for the Irish Times Theatre Award for Best New Play in 2015).

As a dramaturg, she has worked at the National Theatre, VAULT Festival, Clean Break Theatre Company, The Mercury Theatre and many more. She was appointed Literary Manager of Soho Theatre, London, in 2019.

Television credits include writing and creating The Dry, an original comedy drama series directed by Paddy Breathnach (Element Films for Britbox, RTE). Nancy received The Rooney Prize for Irish Literature and The Stewart Parker Award for her debut full- length play No Romance in 2012.  She was nominated for a BAFTA as a Breakthrough Talent in 2014 for her writing on the Channel 4 series Dates.