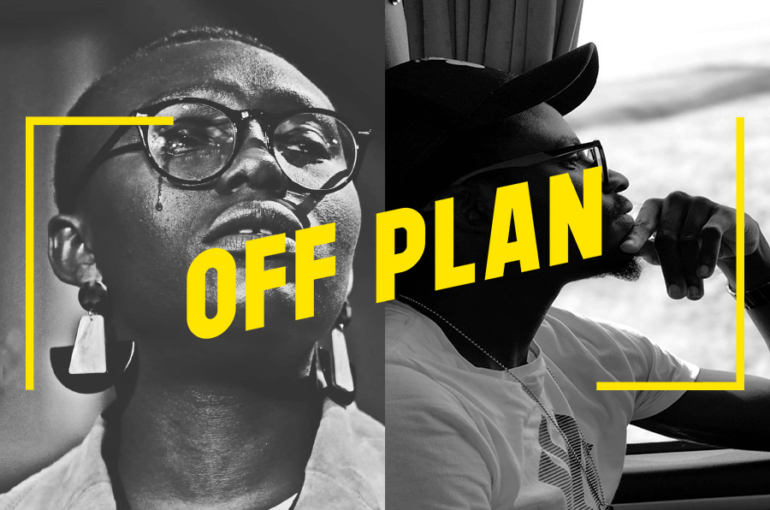 Off Plan Works-in-Progress at Where We Live 2020

New for Where We Live 2020, Off Plan is a red-hot artistic response around community-making in Ireland today. In a series of work-in-progress double bills, we get a first look at sparks of incendiary ideas around the changing city, gender, migration, direct provision and aging.

Encompassing anything and everything from theatre, dance, music, performance and film, artists from around the country will present a performance, moment or in-progress idea that is a rapid response to the world around us.
Off Plan 1 / Friday 13 March / 6.30pm
Complex Roots with Veronica Dyas / Fionnuala Gygax

D’you know who the Tuggers were, ever rummage through their wears and buy from them? D’you know what a Cheeky Charlie is? No, it’s not that! We used to sell them. D’you even know where Corporation Buildings were? This is Dublin’s North Inner City recounted by the Women who are actually from there. Really now, they’re not pretending. We want you to enjoy yourselves, relax, ye can have a laugh like, it’s funny. There’ll be theatrical magic, a lot of talking and oh yeah, making stew.

With support from The Abbey Theatre 5×5, DCC Arts Department and Irish Theatre Institute.

Remember This Night // Fionnuala Gygax
It is the final night. Tomorrow we will be no more. The lights will go dark and nobody will be there to clap.
So let’s come together.
Let’s talk about things, ask questions, write letters and put them in a bottle. Lets dance together.
What is our legacy? What are we leaving behind?

Last summer, Fede and his 74-year-old mother set off on a quest through Havana to look for America. Intuition, memories and strangers guided them through the city that had given them sanctuary 30 years before. They spoke to Havanans and they spoke to each other. They almost gave up. Then they found her.
Sometimes the idea of home has to be remade. And remade. And remade.

This is the very early stage of development of a new Croí Glan production. Croí Glan is supported by an Arts Council Arts Grant.

In partnership with Cork Midsummer Festival.

Inspired by our Nigerian roots and knowledge of our mythologies and traditional religions, Deities portrays the humanity of gods, the hubris of man and the threads that connect them all. Deities seeks to bring a part of our home to another part of our home – and to remind us of how human and godly we all are.

Bella and her wheelchair are forever hiding in toilets. She can’t cope with the busy world around her. Michael is a young trans man on a journey of change. He finds himself needing time out from the bustle of the city too. Today they both take refuge in the same bathroom. The space is tight, but neither is willing to leave. They are trapped by their stubbornness and the prejudice that awaits them both outside. A fierce dialogue ensues about who has the right to use what bathroom, about privilege and pain, history and politics, identity and loss – about how we treat each other. The challenge for Bella and Michael is not to listen or hear, but to shift into someone else’s space in order to understand.