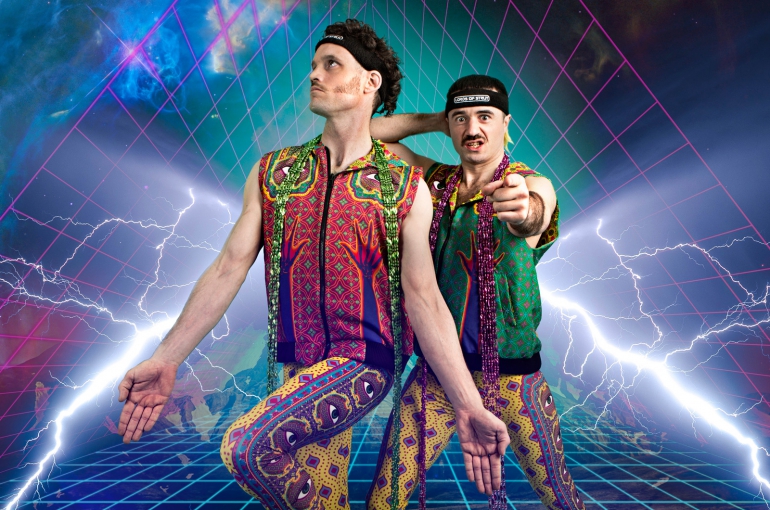 LORDS OF STRUT: ABSOLUTE LEGENDS are back on tour this Spring 2020!

BACK DUE TO POPULAR DEMAND!

Following the success of their Irish tour in Autumn 2019, ‘Britain’s Got Talent’ semi-finalists, Street Performance World Champions, and utterly ridiculous dance duo, the LORDS OF STRUT, are taking ABSOLUTE LEGENDS, the smash-hit fantasy adventure for all the family, on an Irish tour, again this Spring. What a way to kick off 2020!

The duo had a huge year in 2019 touring ABSOLUTE LEGENDS in Australia, the UK and Ireland, starring in our very own international theatrical juggernaut RIOT, and they made headlines by teaming up with US comedy powerhouse National Lampoon to make a critically acclaimed show, ‘Champions of Dance’ which played at The Peacock Theatre as part of Dublin Fringe Festival and at Project Arts Centre in December. National Lampoon is an all-platform studio, built around one of the most iconic brands in comedy history and  this was the first time they’ve signed a development deal with artists this side of the Atlantic.

They also hit our screens on RTE Junior in a new kids TV series produced by Stopwatch called ‘Body Brothers’, where the brothers found out all about different parts of the human body while making a dance about it. There were lots of farts, science and dance! Great craic!!!

All their lives, Sean and Seamus have wanted to be famous. To get there they need to make the perfect dance routine, and they need your help.

In this dance fantasy adventure two brothers rock out some banging moves, run into trouble, have a few tantrums, cause a teensy bit of mayhem and find out if fame is really what they’re looking for after all.

LORDS OF STRUT ABSOLUTE LEGENDS is a LORDS OF STRUT/THISISPOPBABY co-production, touring with the support of the Arts Council of Ireland and Culture Ireland.