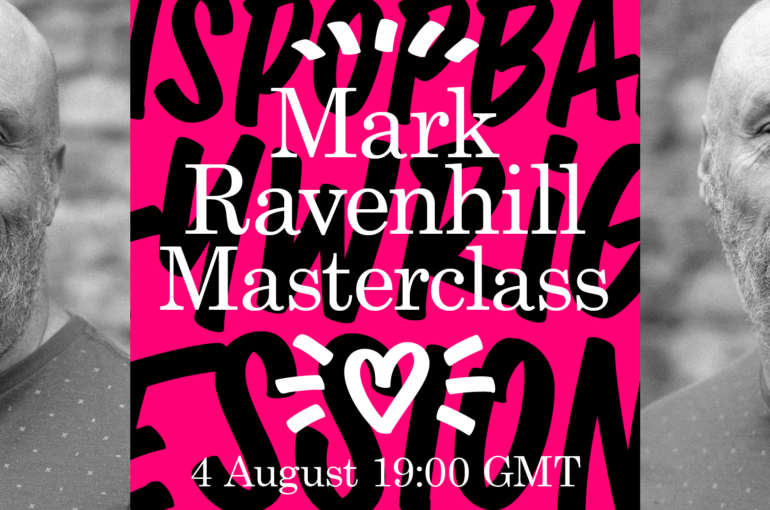 We’re delighted to announce that our finalPlaywright Session will take place on Thursday 4 August and will take the form of a rare and fabulous masterclass from world-class playwright Mark Ravenhill.

This Session will take place on Zoom on Thursday 4 August, from 7pm-9pm.

Mark Ravenhill‘s first play Shopping and Fucking was produced by the Royal Court Theatre in 1996, transferring to the West End and touring extensively nationally and internationally. It was produced by theatres around the world including the Market Theatre in Johannesburg, the Schaubeuhne in Berlin and New York Theatre Workshop. He subsequently became an associate artist of the National Theatre where his work produced included Mother Clap’s Mollyhouse and Citizenship. For Frantic Assembly he wrote Pool No Water, which has been widely translated and produced across the world. His play The Cut, starring Ian McKellen played at the Donmar. He was Writer in Residence for the Royal Shakespeare Company between 2012-2014 and his work there includes a new version of Brecht’s Galileo and the recent collaboration with David Walliams and Robbie Williams, the musical The Boy in The Dress. His play The Cane was produced by the Royal Court in 2019. His work in music theatre includes the lyrics for Ten Plagues, a song cycle written for Marc Almond, a new English version (librettist and director) of Monteverdi’s opera The Coronation of Poppea for the King’s Head and libretto for Elysium at Norwegian National Opera. Between 2005 and 2008, he wrote a regular column for The Guardian newspaper. His most recent work Angela was produced in lockdown as an audio drama by Edinburgh Lyceum, Pitlochry Theatre and Radio 3.