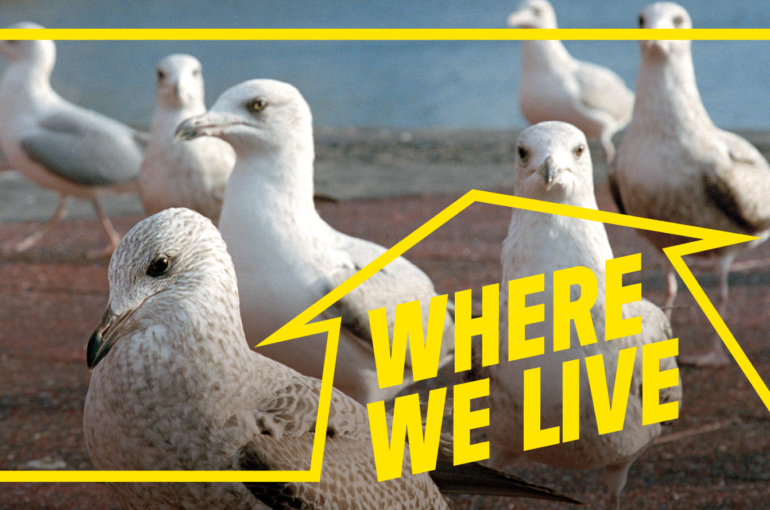 Announcing: Where We Live 2020

Stories from the city, told in the heart of town

Where We Live is an explosion of new work brought to you by THISISPOPBABY that interrogates and celebrates what it means, and how it feels, to live in Dublin and Ireland right now, from some of the best storytellers and makers on the Island.

From 11-21 March, as part of St Patrick’s Festival, we’re taking over and transforming Project Arts Centre in a red-hot building occupation of new theatre, exhilarating music collaborations, rapid-response performance, playful and evocative visual art installations, an iconic one-off record fair, a town hall of ideas, and of course, a little bit of dancing to top it all off.

With 80+ artists presenting 22 events over the 10 days, we’re building on the success of the inaugural 2018 edition of the festival with an even deeper investigation into some of the critical matters of the day. Led by stories from the margins and told by some of the freshest artistic voices Ireland has to offer, Where We Live reflects the changes, celebrates the differences and shines a light in the dark corners of this place we call home.

This year’s festival explores ideas around occupation, assimilation and community-making, with stories inspired by the evolving city, homelessness, gender, migration, connection, inclusivity, the climate crisis, nightlife culture and the power of active citizenship.

At the heart of the festival is a passionate belief in the power of stories to provoke conversation, challenge prevailing positions, foster connection, create agency and engender inclusivity… the power to make us pause, rethink, reframe, and have a great night out in the process.

Out of control girls. Angry girls. Nasty girls. They are a sight to behold. Terrifying, electrifying, funny and awful, they’re everything women shouldn’t be, and we hate them.
Mean, foul-mouthed, downtrodden, hard-bitten and utterly damaged, they believe believe the world is shit, that their lives are shit, that they are shit. Now in a new Irish production from THISISPOPBABY, this multi-award winning play is a compelling, raw, powerful and timely treatise on class, misogyny and poverty.
Wednesday 11 – Saturday 14 March – [5 shows] (preview 11 March)

Leaving
Written & Directed by Wayne Jordan with original music from Alma Kelliher
LIVE ART
In 2017, acclaimed theatre director Wayne Jordan left Dublin and stopped directing theatre (mostly). Dublin was a city that was trying to buck him off like a bull at a rodeo, a beast gone wild, shoving and kicking and biting at him till finally he let go of her tail and then something began. Something that will return with him. Home.
Sunday 15 March – [2 shows]

Mrs Macushla: The Story of Kelly’s Eye
Written by Thommas Kane Byrne [TKB] / Directed by Ronan Phelan
THEATRE
Gertrude Kelly was given one true purpose in life, bingo caller at the Macushla Ballroom. When she’s up there? She’s untouchable. As this immersive, (melo)dramatic game of bingo progresses, Gert’s story begins to fray.An in-development showing of a new play from Thommas Kane Byrne, directed by Ronan Phelan.
Friday 20 & Saturday 21 March – [2 shows]

OFF PLAN WORK-IN-PROGRESS SERIES:
Off Plan is a red-hot artistic response around community-making in Ireland today. In a series of work-in-progress double bills, we get a first look at sparks of incendiary ideas around the changing city, gender, migration, direct provision and aging.

Off Plan – The Last Adult Children of the Good Old Stock
Created by The Complex Roots Women’s Drama Group led by Veronica Dyas
THEATRE
D’you know who the Tuggers were? D’you know what a Cheeky Charlie is? D’you know where Corporation Buildings were? This is Dublin’s North Inner City recounted by the Women who are actually from there. Really now, they’re not pretending. There’ll be leaps of theatrical magic, a lot of talking and oh yeah, making stew. Friday 13 March﻿

Off Plan – Remember This Night
Fionnuala Gygax & Dan Colley
It is the final night. Tomorrow we will be no more. The lights will go dark and nobody will be there to clap.So let’s come together. Let’s talk about things, ask questions, write letters and put them in a bottle. Lets dance together.What is our legacy? What are we leaving behind?
Remember This Night is a live communal time capsule between a performer, a guest, a musician and the audience. Friday 13 March﻿

Off Plan – Looking for America
By Federico Julian Gonzalez & Janet Moran
THEATRE
Last summer, Fede and his 74-year-old mother set off on a quest through Havana to look for America. Intuition, memories and strangers guided them through the city that had given them sanctuary 30 years before. They spoke to Havanians and they spoke to each other. They almost gave up. Then they found her. Sometimes the idea of home has to be remade. Saturday 14 March

Off Plan – Contentious Spaces
Rosaleen McDonagh
THEATRE
Bella and her wheelchair are forever hiding in toilets. She can’t cope with the busy world around her. Michael is a young trans man on a journey of change. He finds himself needing time out from the bustle of the city too. Today they both take refuge in the same bathroom. The space is tight, but neither is willing to leave. They are trapped by their stubbornness and the prejudice that awaits them both outside. A fierce dialogue ensues about who has the right to use what bathroom, about privilege and pain, history and politics, identity and loss – about how we treat each other. The challenge for Bella and Michael is not to listen or hear, but to shift into someone else’s space in order to understand. Thursday 19 March

Off Plan – Deities
WeAreGriot
THEATRE
Felispeaks, Dagogo Hart & Samuel Yakura join forces as WeAreGriot to present a first glimpse of their new spoken word theatre piece. Inspired by our Nigerian roots and knowledge of our mythologies and traditional religions, Deities portrays the humanity of gods, the hubris of man and the threads that connect them all. Deities seeks to bring a part of our home to another part of our home – and to remind us of how human and godly we all are. Thursday 19 March

Landfall
By Peter Maybury
VISUAL ART / EXHIBITION﻿
Charting the beat and the ballet of the changing city over much of the last decade,Landfall is an immersive film and sonic installation from Peter Maybury that brings together observations on the island of Ireland as a set of geographical, social, political, and ideological conditions. At the centre of this is the drummer, around which spontaneous events unfold late at night on Dublin’s O’Connell Street.Curated by Eamonn Doyle, Niall Sweeney & David Donohoe (Made in Dublin at Where We Live 2019).
Thursday 12 – Saturday 21 March

Town Hall Session
curated by Willie White and Emma Dabiri
IDEAS
What do we need to do right now to create the future that we want and need?Led by writer Emma Dabiri and curator Willie White, expect provocation, humour and stories of a Dublin you may not have seen before. This radical Town Hall meeting will gather your not-your-usual crew of Dubliners who will make their pitch on how to liberate this city. The alternative city council is in session.Full line-up to be announced.
Saturday 21 March

Tonie Walsh is Selling All His Records
ART MARKET

Forty years after his first DJ gig at legendary gay club Flikkers, Tonie Walsh is selling his vinyl record collection. Thousands of 12” singles and albums (many first editions and rarities) lay bare one of the longest and much lauded DJ careers in Ireland. From original Donna Summer singles and New Order special pressings to cult clubbing white labels and rare orchestral and jazz music, this is a record collectors’ nirvana with an extra dollop of storytelling and special guest DJ sets on the side. Accompanying the pop-up art market will be a sample of Tonie’s extensive club flyer and poster collection spanning the period 1979-2019.
Saturday 21 March

Club Chroma On Tour
Closing Party
THISISPOPBABY invites you to join the Where We Live artistic family for a love-in and shake out to mark the end of festivities. We’re yoinking Niall Sweeney’s sublime Club Chroma Exhibition from IMMA and transposing it to Project Bar for one night only. Add to that a soundtrack from some of our fav Popbaby DJs, pepper it with guerrilla performances, and together we’ll dance our way to a soft landing post festival. Presented in partnership with IMMA (Irish Museum of Modern Art). Club Chroma runs at IMMA until 29 March in response to the ‘Derek Jarman, PROTEST!!’ exhibition.

Update: Where We Live 2020 will not go ahead due to Covid-19 Restrictions