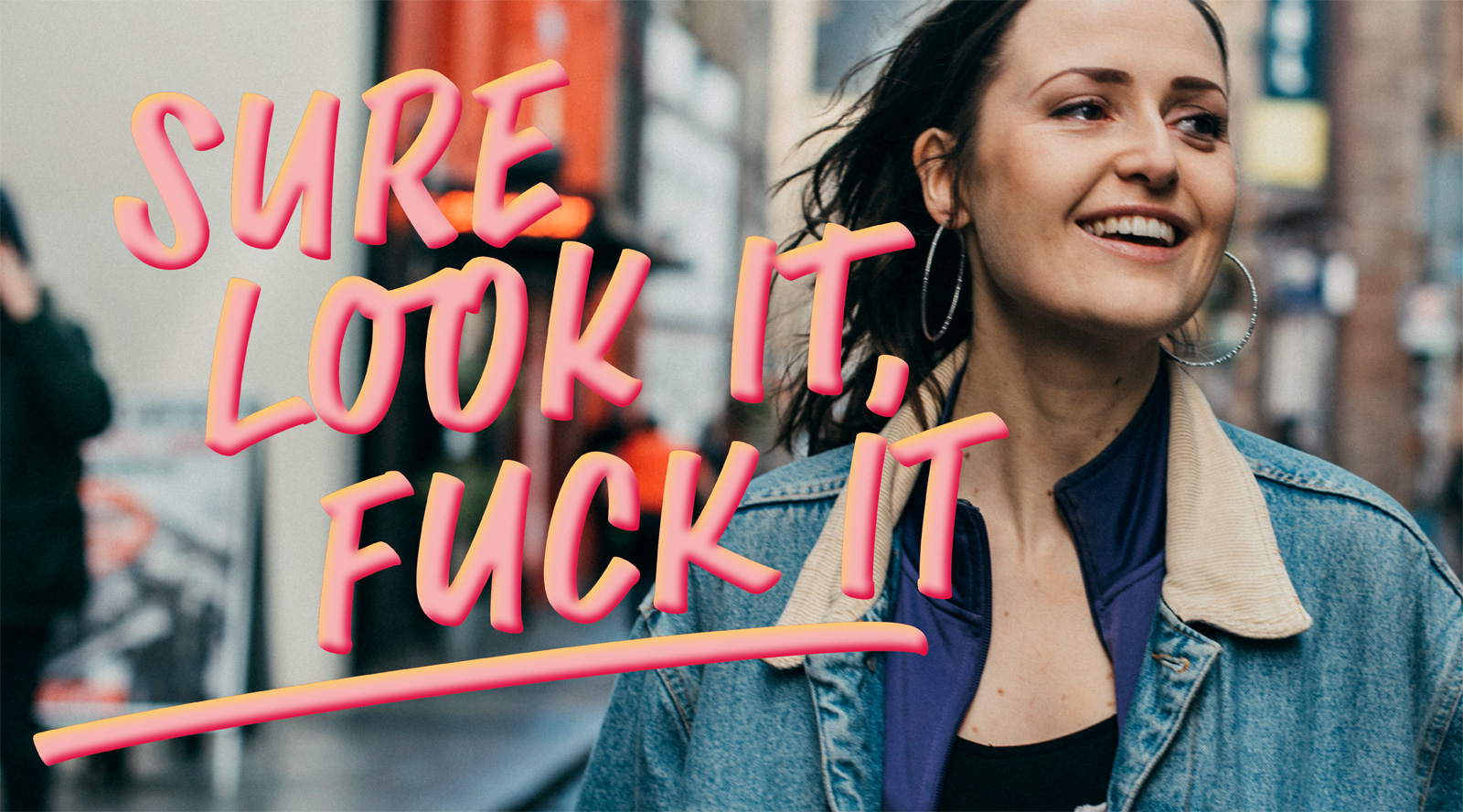 Sure Look It, Fuck It is a magical spoken-word odyssey through the streets of Dublin about Missy, a returned emigrant back in town after years of trying to ‘make it’ in New York. As she discovers an Ireland of zero-hour contracts, pricey pints and living with parents until middle age, Missy grapples with job interviews, inward blues and dancing fools… and figures out what it is she really believes in.

A work-in-progress outing of Sure Look It, Fuck It, written and performed by one of the hottest rising stars of Irish stage and screen Clare Dunne, played at THISISPOPBABY’s Where We Live Festival in March 2018 to sold-out houses and rave audience response.

Sure Look It, Fuck It is supported by Dublin City Council and Irish Theatre Institute and presented by THISISPOPBABY with Project Arts Centre.

“Dunne has already made an impact as a fine actor… this writing-singing-rapping début offers the additional pleasure of witnessing an artist finding her own voice.”

Buzzing after #SureLookItFuckIt at lunchtime. It is so good, has an amazing feel good vibe, lovely vocals & nimble fingered musicians. Bravo!

“What makes “Sure Look It, Fuck It” absolutely irresistible is Dunne herself, whose impeccable performance seduces her audience from the get go and keeps them riveted.”